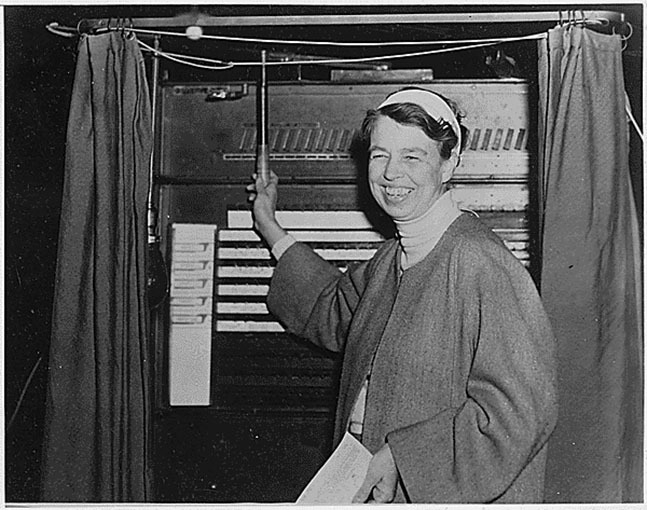 The earliest form of voting in America was done by voice. Voters – at the time white males – would go to the courthouse and publicly voice their vote. These early elections had a party-like atmosphere, resulting in high voter turnout.

Beginning in the 19th century, voting was conducted using paper ballots. Initially, ballots were simply names written on a scrap of paper and placed into a box. By the mid-19th century, political parties began distributing printed “party ticket” ballots with only one party listed, making it easier to vote the party line.

As the electorate grew at the end of the 19th century, accurate vote-counting became a greater concern. The government began printing standardized blanket ballots or “Australian ballots” that listed all parties. Voting transitioned from a public to a private affair.

A major innovation in the early 20th century was the first mechanical, lever-operated voting machines. At the time, these monstrously large machines had more moving parts than an automobile.

The 1960s brought new computer-read ballot systems that used either punch or Scantron cards. Starting in the 1990s, many of these earlier systems were replaced by fully computerized touch screen and direct recording electronic voting systems.