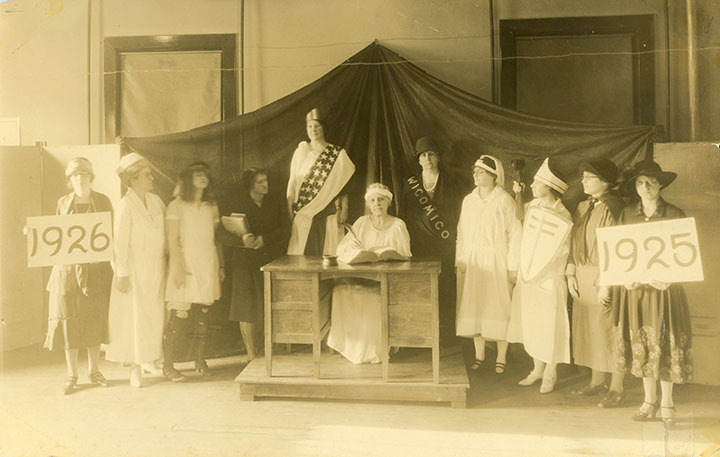 After the publication of Upton Sinclair’s The Jungle in 1905, public outrage led to governmental regulations in food processing and storage. The collection, transportation, and selling of raw milk became a focal point of these regulations. Many civic groups advocated for procedures to make milk safer. The Wicomico Woman’s Club was a leader in this movement.

The Woman’s Club was formed in February 1921 to promote the development of Wicomico county. In October of the same year, the Woman’s club created the “Better Milk Campaign” aimed at making sure farmers regularly tested their cows for Bovine tuberculosis, a potentially lethal bacteria found in milk. The women pushed for more sanitary practices and dealer permits. By February 1922, they had placed enough pressure on state and federal legislatures to obtain funding, supplies and inspectors to ensure safe milk for the population. 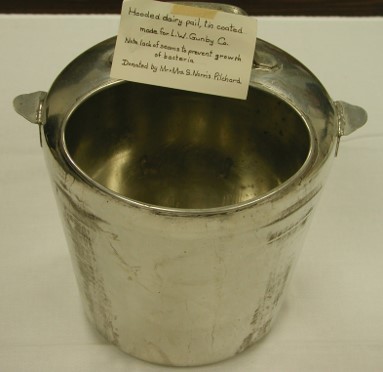 However, the campaign faced challenges from local farmers who argued that regulations undermined their ability to work and required often unaffordable pasteurization equipment. This resulted in innovations like this hooded, seamless milk pail, that was created to discourage the development of bacteria during collection and storage. This particular pail was sold at the L.W. Gunby Hardware Store in Salisbury.

The Wicomico Woman’s Club is still active and remains committed to the betterment of Wicomico County.