While women didn’t gain the right to vote until 1920, many were politically active well before the passage of the 19th Amendment. For instance, many women took leadership roles in the temperance movement. Women were drawn to the movement in an attempt to limit the overindulgence of men who consumed alcohol, believing it had a negative impact on health, morality, and family life.

Women in Worcester County, MD, led an effective campaign to limit alcohol in the early 1900s. This photograph shows women campaigning in Pocomoke City, MD, on March 21, 1908. Women were appealing to their husbands to pass a law to make Worcester County a “dry” county. They gathered with signs to deliver their message. One sign reads “Fathers Vote for Me.”

Each Worcester County district voted whether to go “dry” or to continue allowing the sale of alcohol. With overwhelming support for the temperance movement in the community, every part of Worcester County voted to go dry. 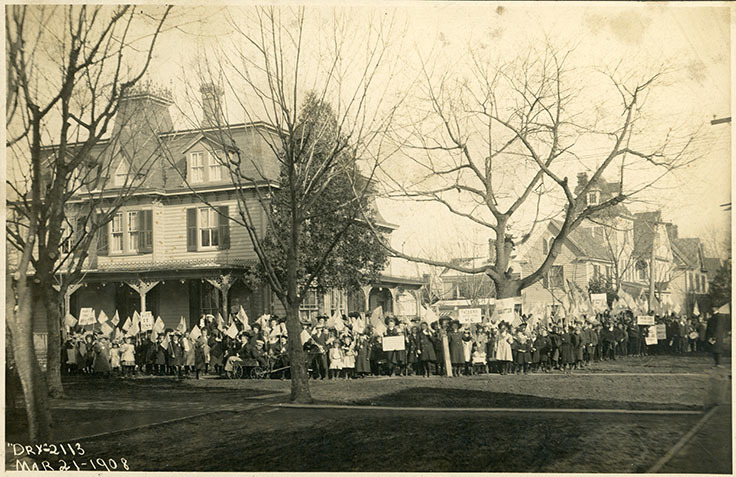 ← Black Voters on Delmarva
Women’s Suffrage and the Just Government League →
A Vote, A Voice
The Temperance Movement