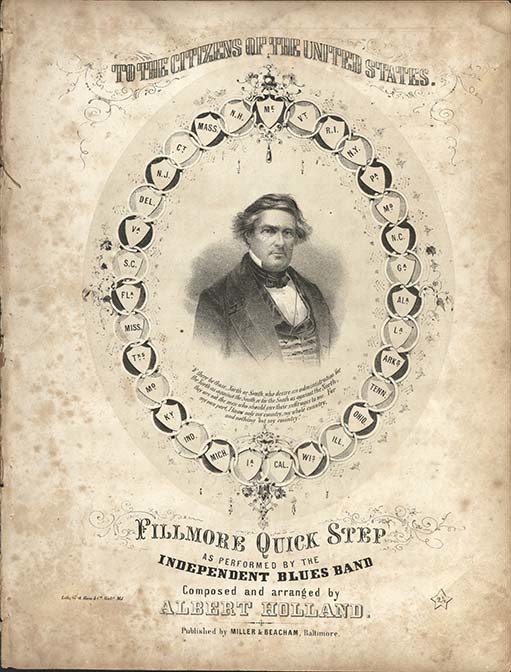 Campaign songs have been in use since George Washington’s second term, but they grew in popularity around 1840 after the repeal of voter restriction laws. Although voting was still restricted to white males, some new voters likely had little or no education. Campaign goals needed to be communicated and spread in a way that was easy to understand and hard to forget.

Initially, original songs were written to promote candidates. These short, catchy songs were designed to familiarize voters with the candidates’ names and build a sense of personal connection. Often set to popular tunes such as children’s songs, people didn’t even have to memorize a new melody!

As advertising methods evolved, so did the campaign song. In addition to original tunes, a popular song with altered lyrics might be used to represent a candidate. For example, Frank Sinatra recorded a new version of his song “High Hopes” with lyrics supporting John F. Kennedy’s campaign.

Modern-day campaigns rarely feature original songs written for the campaign. Rather, the candidates attempt to select an already popular song that represents their campaign goals.

← 1840: The Log Cabin and Hard Cider Campaign
Beyond the Ballot →
The Machinery of Democracy
Campaign Songs