On campus, in the streets of Salisbury, or on the steps of Capitol Hill, Salisbury University students, faculty, and staff have rallied and made their voices heard to impact change.

In 1992, numerous instances of intolerance and racial incidents plagued the Salisbury State University (SSU) campus. In May, SSU and the University of Maryland Eastern Shore held a protest on the lawn of Holloway Hall where members of the Union of African American Students spoke out and handed their demands and proposal for deterring future acts of intolerance to President Thomas Bellavance.

More recently, the discovery of racist graffiti in several locations on the SU campus in 2019 ignited the Change SU rally in front of the Guerrieri Academic Commons. 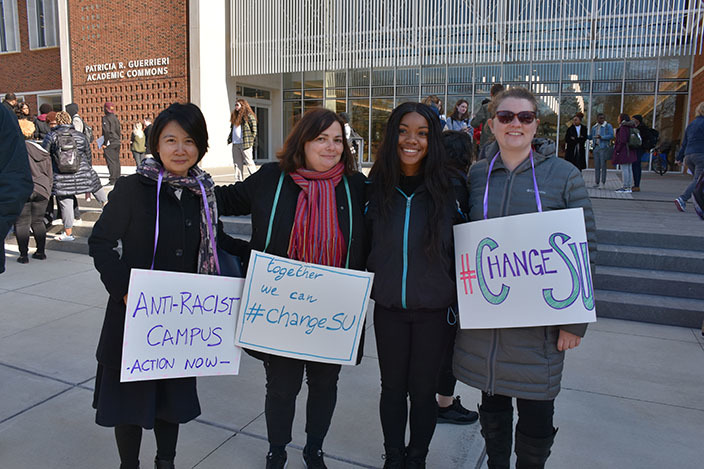 Members of SU, alongside members of the Salisbury community, rallied together in 2020 as demonstrations for the Black Lives Matter Movement materialized across the country. Participants congregated in the parking lot of the Guerrieri Academic Commons before marching two miles to the city courthouse. 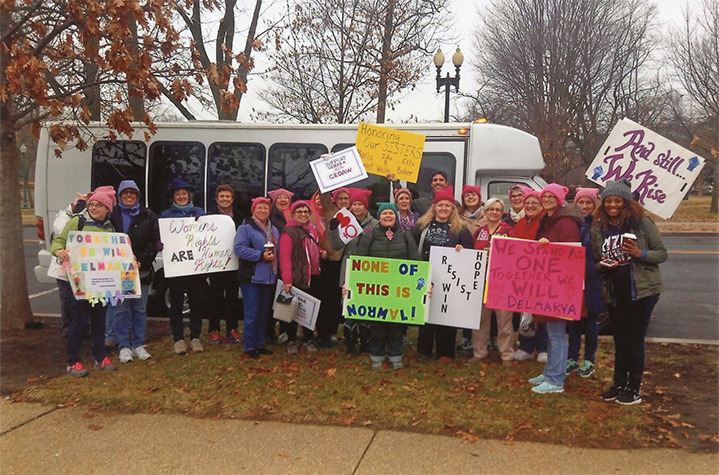 A day after the inauguration of President Donald Trump, January 21, 2017, over 470,000 people gathered in Washington for the Women’s March, a group of students and faculty from SU among them. Considered the largest single-day protest in U.S. history, participants marched for gender and racial equality along the streets of Washington in solidarity with another four million marching in their hometowns.