Letter on the State of Politics in Delaware, 1795

The letter below written to Caesar Augustus Rodney from William Peery in September 1795 provides a glimpse into the emergence of our nation’s two-party political system. Elections in 1796 were the first in American history where candidates at the local, state, and national level ran as members of organized political parties with strongly opposing views.

Peery details the various candidates from both parties running for seats in the Delaware legislature and for governor. In particular, he laments to Rodney about the dim outlook for the Republican Party in Sussex County. As it turns out, Peery’s concerns were valid as the Federalists swept the 1796 elections in Sussex County and throughout Delaware.

“I just sat down to give you a hasty line on the state of politics in this County which at this time does not exhibit a favorable prospect to the friends of republicanism.” – Major William Peery, 1795 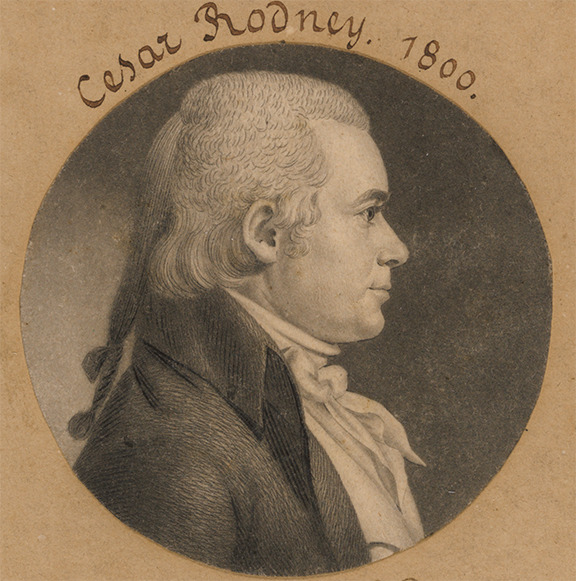 Caesar Augustus Rodney was the nephew of Declaration of Independence signer Caesar Rodney. He was a lawyer and politician from Dover, DE, who served in the Delaware General Assembly, U.S. House of Representatives and Senate, and went on to serve as U.S. Attorney General under President Thomas Jefferson.

Major William Peery was a farmer, lawyer, and politician who served in the Continental Congress and in the Delaware General Assembly. He also served as treasurer of Sussex County from 1785-1796.

← Chestertown Tea Party: Fact or Fiction
A Vote, A Voice →
The Great Leap
Letter on the State of Politics in Delaware, 1795