Beauty and the Beast

To sell their products, some of these entrepreneurs targeted women’s insecurities and challenged their self-worth. Some of their advertisements made women feel they needed their products in order to be good wives or mothers, attractive to men, or generally accepted by others.

Later advertisements from the Lydia Pinkham Medicine Company promoted that their products would help women better tend to the needs of their husbands and children. Rubinstein had an ad campaign that insinuated that if women were not faithful with their beauty routines, their men might not be faithful to them. Arden and Rubinstein also preyed upon some women’s desires to be part of a higher class. 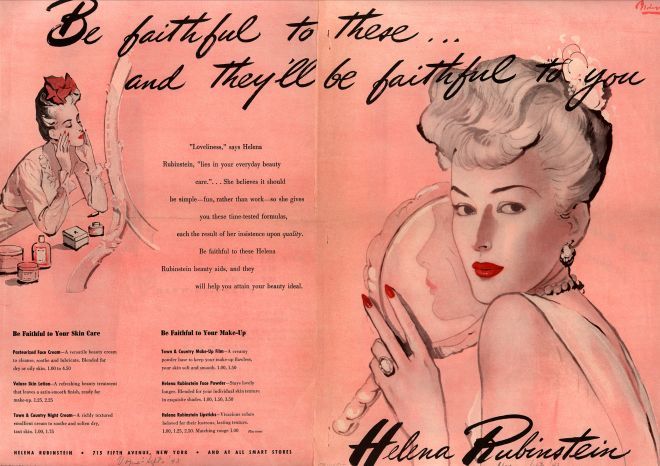 Helena Rubinstein advertisement that asserts that women should be faithful users of her products to ensure their men won’t leave them for a younger, more beautiful woman, 1943, Vogue, Duke University.