Pioneers in Sales and Marketing

Women typically didn’t have access to the same distribution networks and sales outlets as their male counterparts, and out of necessity, they pioneered new techniques in sales and marketing. They used direct mail and hired sales agents who went door to door. They spoke to their own experiences as women to appeal to women’s needs. They couldn’t initially afford to advertise in large magazines, so they focused on advertising in local newspapers, expanding their reach into rural communities. However, their advertisements sometimes crossed the line and preyed upon women’s insecurities about their appearance to help promote sales. 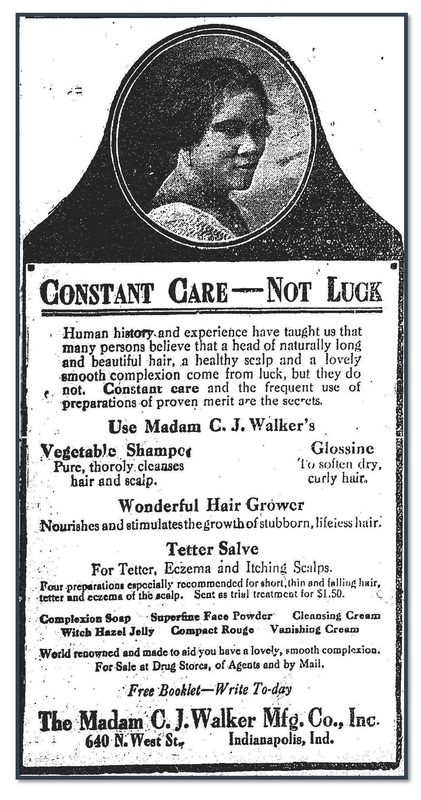 Advertisement for Madam C. J. Walker’s hair care products illustrating the various ways potential customers could purchase her products - in drug stores, by agent, or mail and that they could write to her for a free booklet, January, 26, 1923, Baltimore Afro American.