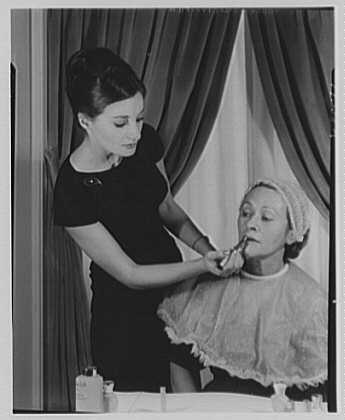 “If you can show me a woman who doesn’t want to look young and beautiful – well, I’m afraid she isn’t in her right mind. Women all want it – and we admit that they do!”

Helena Rubinstein was born in Poland around 1870 into a modest family. At age 24, she emigrated to Australia to escape an arranged marriage. Her involvement in skincare began when Jacob Lykusky, a relative who developed creams for her family, educated Rubinstein on beauty techniques. She capitalized on this to create a cold cream, astringent, and a vanishing cream. She introduced her products to her friends and began to sell them.

Rubinstein opened her first beauty shop in Australia in 1900 and moved to London in 1908. From there, she opened a salon in Paris in 1912. After World War I broke out, she relocated to New York and opened a Salon off Fifth Avenue. This was the starting point of her infamous rivalry with Elizabeth Arden, that has been dramatized in books, films, and a recent Broadway musical, “War Paint.”

Rubinstein was able to make a name for herself in the American beauty industry. Her products incorporated the use of a multi-step skincare routine, which is something often used today. Rubinstein also promoted a holistic beauty approach that included not only use of her products, but a healthy lifestyle.

Helena’s 3 Steps to Beauty shows that her products work in cohesion to achieve healthy skin. This was revolutionary in a time when skincare was in its infancy, February 12, 1930, The Daily News, Frederick, MD.