All Power to the Soviets 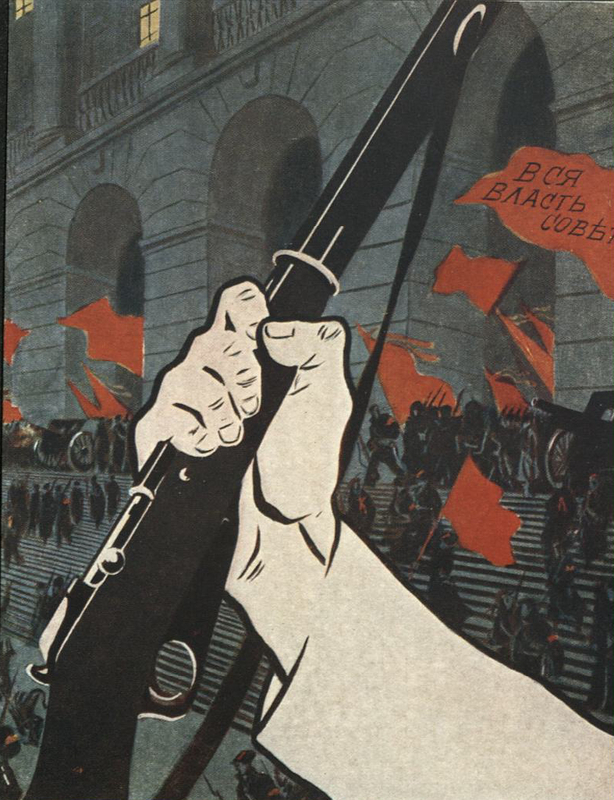 Postcard depicting an uprising during the Russian Revolution with the slogan “All Power to the Soviets” on a banner. C. 1960, Nabb Research Center, SC2016.020

Slogans played a critical role in the rise to power of the Bolsheviks during the Russian Revolution. Led by Vladimir Lenin, they understood how the right message at the right time could aid their movement.

In July 1917, Lenin wrote the pamphlet “On Slogans,” stressing the need for new messaging to meet the changing tide of the revolution. He declared that “All Power to the Soviets” was no longer correct for the movement. It was set aside, but not for long. When the Bolsheviks gained control, they resurrected the slogan, but this time it took on a different meaning. The slogan now signified a complete consolidation of all authority to the Bolsheviks – the new ruling party of the Soviets.