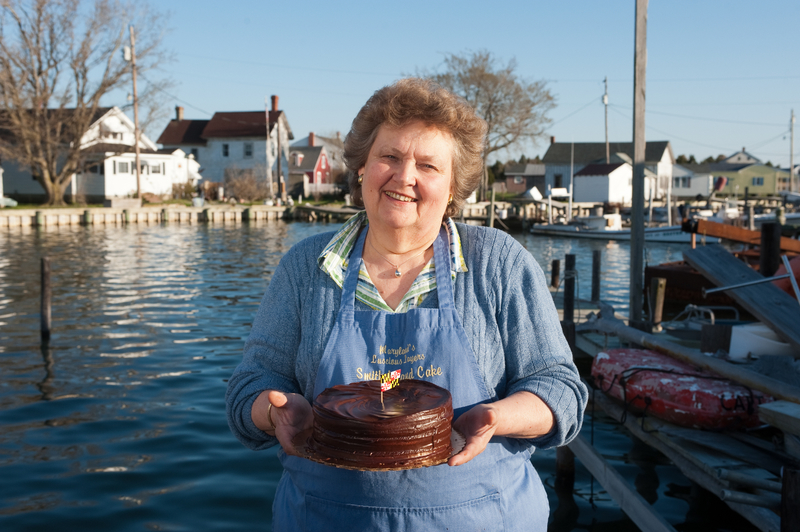 “One of the things a woman would want to achieve before she got married was to be able to make a layer cake. It sorta became a challenge as to how many layers and how thin you could get them and who could bake the most layers on a cake.”

Marshall notes that that she “never did pay much attention to” the growing number of cake layers and that the “layers were baked individually – it just became something we learned to do pretty much on our own.”

"Most of the women on the island can [make the cake], there are some that can’t. Some never master it, some just don’t have the patience or the time or the want to. I take pride in what I do.”

"The Smith Island cake becoming the state dessert was absolutely overwhelming. Never in my wildest dreams did I think that something we baked here on the island would become famous. I guess it’s just the uniqueness of them.”

“It’s been a delight...we didn’t really think we had something special but evidently we did.”